Welcome Back – Key Points from the Festive Period – 05 January 2015

Welcome Back – Key Points from the Festive Period – 05 January 2015

An overview of key events over the holiday period

Presidential elections in Greece failed, Prime Minister has now dissolved parliament and national elections are set for 25 January. Markets are of course uneasy although, German magazine Der Spiegel reports that various German ministers have made several statements suggesting that the economic block is now in a much better position from which to weather a Greek exit if it becomes necessary.

While there are reasons to believe that any contagion will be more contained this time around, given greater stability and fiscal health in Portugal and Spain, we argue that a Greek exit will be equally as damaging as it would been two years ago. To be more specific, while the exact consequences of a Greek exit may be different this time around; the long term political and economic damage will be as catastrophic if not, more so.

Our core concern here is that a Greek exit from Europe could act as a basic blueprint for others to follow suit with in the future. While we wrote shortly before the festive break how one of our key themes for the new year was European political risk, we see the course of events in Greece over the period as confirming the validity of this belief.

Equities have fallen in thin trade throughout the last two weeks, much of which has been the result of increased uncertainty over Greece and 2015 politics although, there was some weakness in both EU and Chinese economic figures released over the period.

In Europe the focus has been explicitly upon Greece while in the US there has been an underlying feeling of economic optimism which has helped to cushion markets to a degree, thereby preventing any excessive weakness. This has mostly been the result of a sharp upward revision to GDP figures for the previous quarter, with the final estimate coming in at 5%. 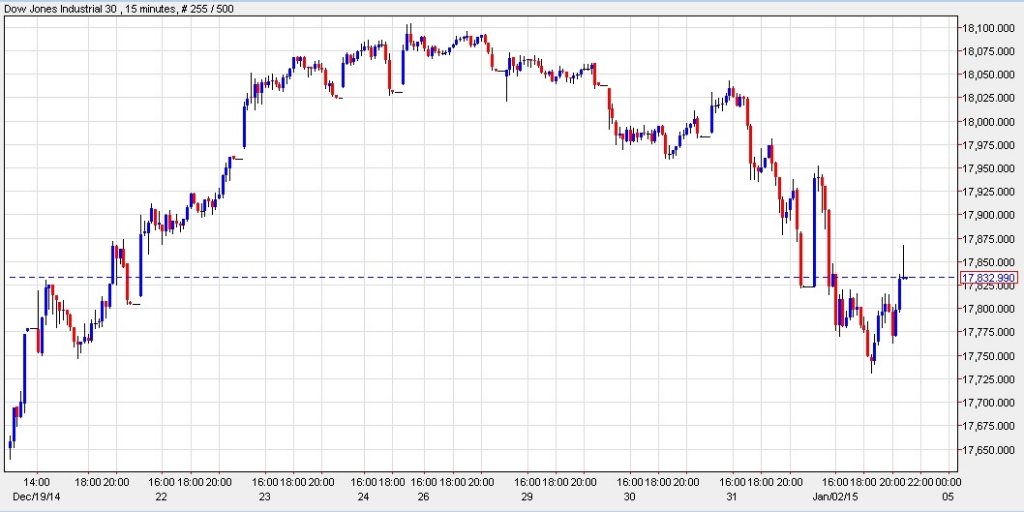 In Japan markets have largely traced the direction of those elsewhere in the developed world, although more recent weakness has been less pronounced than in Europe. In relation to economics, the Prime minister announced another smaller stimulus package during the festive break, this time 3.5 trillion yen ($29 billion).

The new spending package will see cash handed to the poor in the form of food vouchers and heating oil subsidies while a large portion of the package will be spent by way of targeted tax cuts for small and medium sized businesses.

In terms of economic data the calendar has been relatively empty during the festive period and remains so for the rest of the current week. 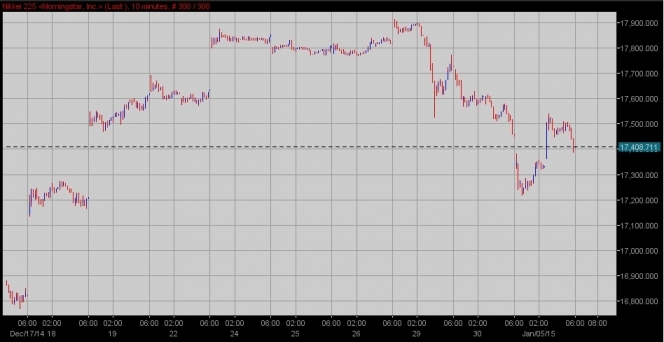 Chinese markets continued to stride onwards and upwards during the festive period as the overall economic outlook continued to highlight a need for monetary policy to remain on a loose footing throughout the coming year.

In detail, manufacturing data released during the festive period showed conditions in the industry remaining in contraction territory.

This is while official estimates for inflation figures, due later in the week, appear to indicate that December price pressures remained subdued within the world’s second largest economy, despite the festive season in the western world and a fast approaching Chinese new year.

Brent and WTI have fallen to new lows on the back of a move by Barack Obama to relax laws which ban the export of crude. The steps proposed by the US president seek to allow exports of crudes which have been through a lighter refining process, a move which is broadly viewed by the market as a first step towards a wider relaxation on the ban of exports which dates back to the OPEC oil crisis of the 1970’s.

While this may be a slightly positive development for some US shale producers it is not expected to yield any positive change for prices. If anything, such a move would be likely to add further downside pressure to European benchmarks such as Brent.

Gold has suffered a volatile period with stronger than expected revisions to US GDP data driving the metal lower ahead of and after Christmas only for uncertainty in Europe and the failed presidential election in Greece to drive a recovery in prices toward the new year.

Looking ahead we view economic data for the final month of 2014 as relevant to gold prices although it is difficult to envisage circumstances where the metal would be able to sustain any substantial fall in prices for the time being, at least until the outcome of January’s national elections in Greece is known.