Both the Japanese government and the BOJ were forced into action late last year as it emerged that the economy had fallen into recession during the third quarter.

This saw the BOJ announce an extension to its current stimulus package, which will see an additional 30 trillion yen printed annually, while the Prime Minister announced a delay to the second round of consumption tax increases.

The Prime Minister followed closely on the heels of his initial action with a further announcement which saw parliament dissolved and a snap election called for December.

The impact of both announcements was an instantaneous boost to Japanese equity markets, which had previously underperformed throughout 2014, when compared with the year before.

Looking ahead to the 2015 year, many investors have recently begun to worry that the Japan trade may now be coming to a close. Below we argue, and explain why we believe, that this is not the case.

In 2015 we believe that corporate tax cuts, which are likely to be a key function of any further government stimulus, could boost earnings power in Japan and that this will be a positive driver for markets.

Further from here, much reviled energy prices have weakened throughout the second half of 2014, which has been positive for households. This will probably continue to provide a boost to disposable incomes in Japan throughout 2015.

The net effect of the above is that lower taxes may encourage corporations to raise wages, while lower energy prices are likely to prevent any further contractions in consumer spending by placing money back in the pockets of the Japanese people.

Additional support for our expectation that consumer spending could stabilise can be found in the government’s delay to the second round of consumption tax increases. This will now take place in 2017, instead of in the current year and therefore, should relieve some more of the pressure from consumer balance sheets.

Each of the above factors are positive for Japanese equities although, whether or not they are enough to drive stock markets toward another year of strong returns remains to be seen.

Our assessment of conditions in Japan tells us that it is possible that we could see further easing from the BOJ in 2015, although the bar for this to happen is set quite high.

When the BOJ announced the extension to its current program in November, the vote of the nine policy makers on the committee was split, indicating fractured confidence in the ability of monetary policy to right the economy. This disunity among policy makers is what raises the bar for further easing from the bank.

However, the analyst community consensus appears to be that the BOJ will be forced, in the summer of 2015, to admit that it will not be able to reach its 2% inflation target within the anticipated time frame.

If this happens, it could reinforce market expectations that the BOJ will ease further, late this year or next. Such actions and expectations would doubtless be positive for equity markets.

On balance, we continue to hold a positive outlook for Japanese equities. This is because we see a range of factors supporting earnings growth and investor sentiment toward the asset class.

In relation to the Japanese economy, we are neutral for 2015. This is because while we feel that the environment is supportive enough to coax the economy out of recession, we see no immediate factor on the horizon to suggest that growth will be anything to shout about. 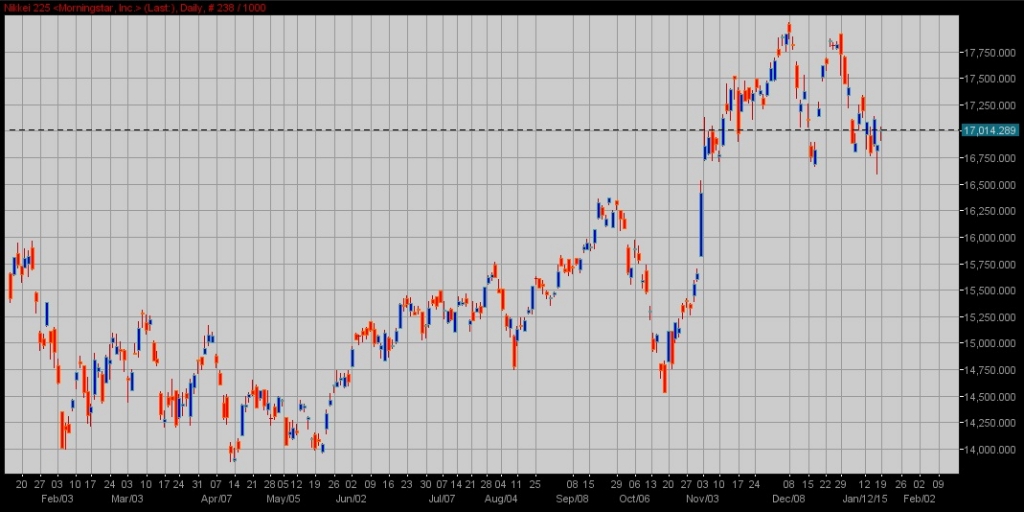 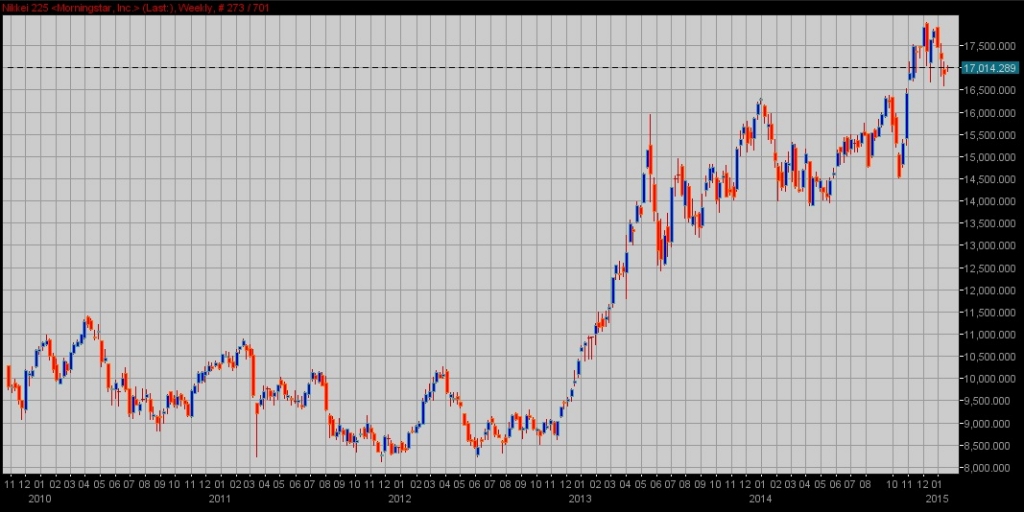