Gold plummeted on Friday afternoon following US employment figures following another week under pressure. The sell-off in gold saw bids and offers quoted close to $1210 an ounce before the yellow metal rallied back to challenge the $1245 per ounce barrier.

Despite consensus estimates indicating that tapering is unlikely ahead of March next year, bearishness surrounding the metal was reported to have increased over the last week according to a Bloomberg survey of analysts and brokers.

Societe Generali also contributed to other industry voices by assigning an $1175 price target to the metal for near term without indicating how soon it expects such prices to become available.

Our view of the metal remains unchanged; despite the potential for higher prices over the nearer term we expect gains to remain capped at $1300 while the medium-long term outlook is bearish.

WTI futures contracts converged with Brent Crude again this week as the volley of improving economic numbers from the US lent yet further support to the idea of improving global growth, greater demand and once again; improved prices.

The next major event for US monetary will be inflation data and the FOMC statement and press conference due over the week of Monday 16 December. 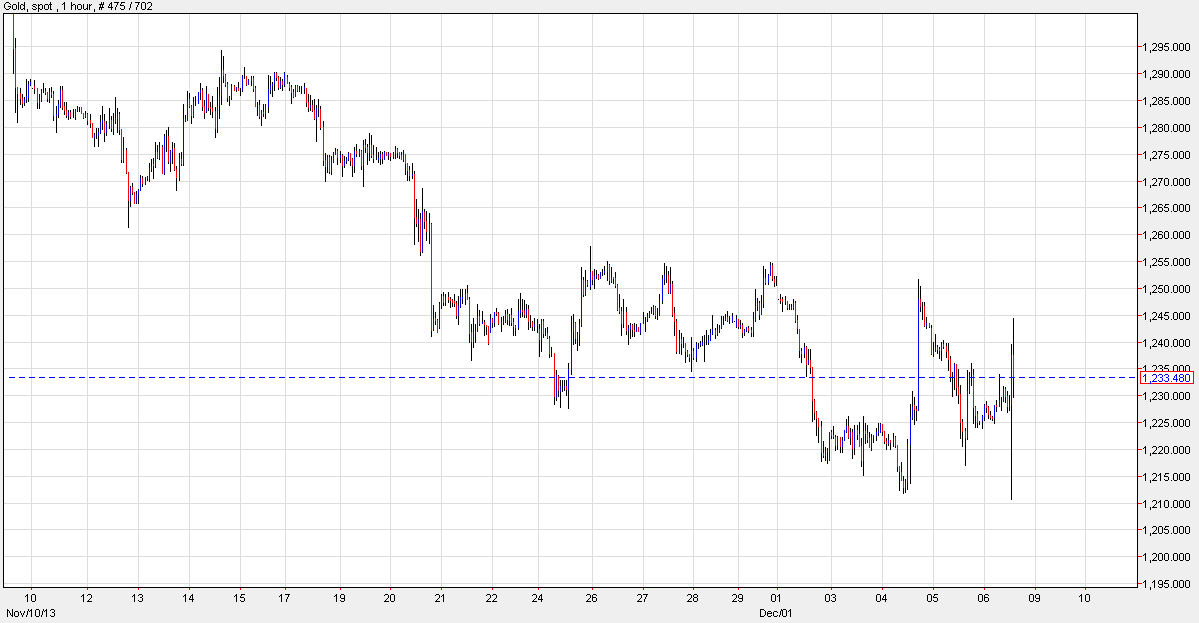