European investors continued to shrug off concerns over Greece last week, with many overtaking both the FTSE 100 and US markets in terms of gains for the period.

The strongest performer of the major indices was the Spanish IBEX 35, which gained 2.8% for the week, as investors continued favour a focus upon the easy money policy of the ECB and improving fundamentals across certain segments of the region.

This was before Euro-group finance ministers and Greece reached a deal to extend the bailout program for another four months, late on Friday, on the condition that Greece submits a list of proposals for how it intends to stabilise its financial position by Monday.

Although the deal does not by any means draw the quarrel to a conclusion, as the most difficult part is yet to come (agreement on reforms), what we do know so far is that Greece has agreed to submit a list of proposals to the Troika.

This marks a partial u-turn by the new government as it had previously pledged to its electorate that there would be no more dealings between Greece and the Troika, which may provide investors with hope that further concessions could also be in the pipeline.

However, the Greek government is still to agree the finer details of which reforms it will and won’t implement, which provides plenty of scope for another breakdown in negotiations.

Nevertheless, markets have responded positively to the scent of a resolution, with European indices remaining in rude health, the FTSE 100 holding close to record highs and the Dow Jones in the US climbing by 0.6% just ahead of the Friday close.

In terms of economic data, European PMI surveys appeared to rebound sharply last week, with the most notable increases seen in the services sector across France, Germany and the euro-zone as a whole (composite).

In detail the French services PMI rebounded from the 49.4 reading in January, which placed it firmly in contraction territory at the time, to its highest level since 2011 in February (53.4).

In addition to this, the German services index rose during February, albeit at a lesser pace than in France, with the actual number coming in at 55.5 VS January’s 54.0. The German employment index also notched up fresh gains when it rose to its highest level since 2012.

Last weeks data came closely on the heels of the latest round of GDP figures from the euro-zone, most of which surprised to the upside, while none disappointed. The standout performer from the bunch was without doubt the German figures which showed the economy growing at 0.7% during the final quarter as opposed to the projected 0.3% increase.

On balance, recent data suggests to us that there may still be hope for the euro-zone economies in 2015, particularly if Friday’s last minute agreement between Greece and its creditors holds.

The key events for the week ahead on the continent will be speeches from policy makers in both Europe and the United States, some minor economic releases, in addition to another TLTRO to be carried out by the ECB.

To summarise our expectations for these events, we anticipate that Janet Yellen will sound a more hawkish tone than is currently priced into markets, while we also believe that Mario Draghi will do his best to add further weight to the ankles of the euro by emphasising the significance of the QE program which begins in March.

The February TLTRO we expect to be very much the same as the last in that take-up from European banks is likely to remain uninspiring. 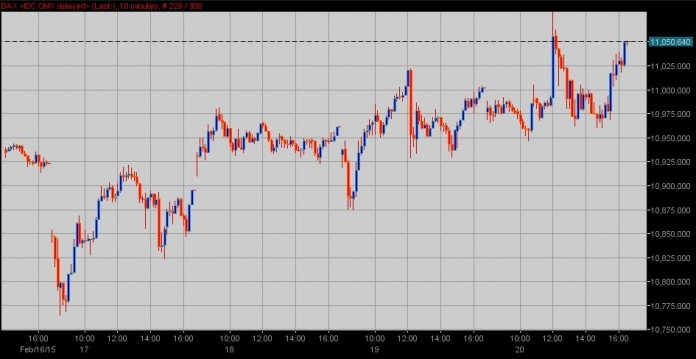 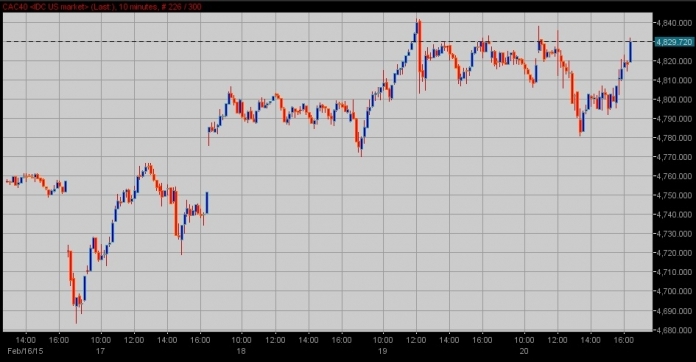 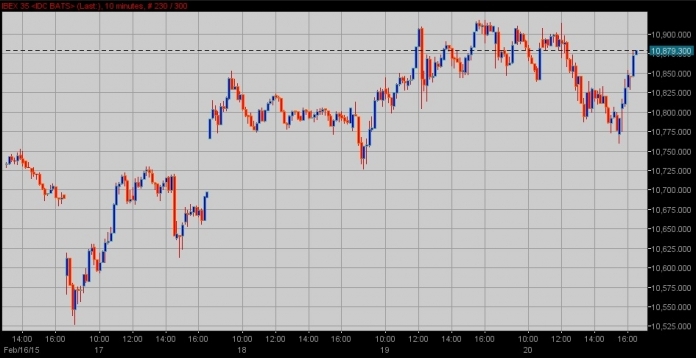