Chinese equities remained relatively steady throughout the past week in thin trade ahead of the Chinese New Year. This was despite the country’s hand in the origination of the current sell off which has so far seen $1.7 trillion dollars wiped off of global indices.

This came as a shock contraction in the HSBC Chinese Manufacturing PMI last week reignited fears of a hard landing for the Chinese economy during 2014. These concerns were further compounded when China Trust Co, a large investment trust provider, appeared to be teetering on the edge of default.

This raised further concerns over the potential dangers lurking underneath the surface in a lesser regulated part of financial system where credit creation has doubled economic growth on an annual basis for close to a decade.

Despite the many bullish forecasts attached to Chinese equity markets for 2014, given the current levels of uncertainty relating to economic growth and the underlying health of the Chinese financial system; we continue to believe that price action in this particular corner of the globe is best observed from a safe distance for the time being.

Interest rate rises across developing markets did little to help the South African rand and the Turkish lira this week, as both currencies continued to fall following an initial correction to the upside.

Emerging market stocks and bonds also saw outflows continue over the course of the week, which has left many predicting another year of under performance as the cost of financing budget deficits increases and civil unrest becomes a predominant theme.

This dynamic for emerging markets comes at a time when widespread forecasts are in play for a return to growth across developed nations.This leaves even less of an incentive for investors looking for growth and yield to stay invested in emerging markets.

For these reasons we currently expect the capital flight out of junior markets to continue over the coming months, albeit in a much more steady fashion. The below graphics illustrate the rapid acceleration of EM sovereign debt liabilities since 2008 and the depreciation trend in EM currencies over 2013. 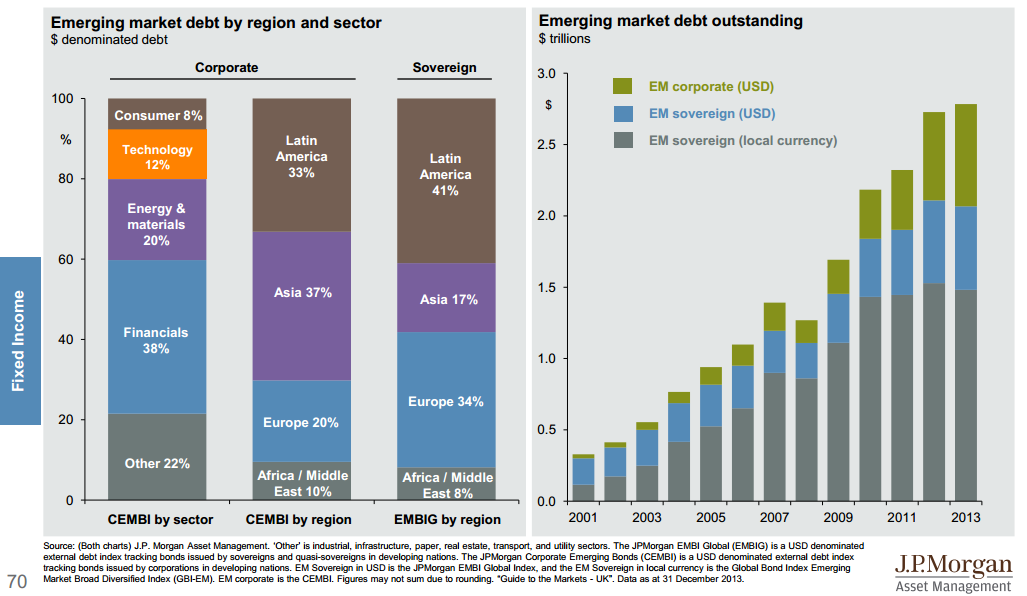 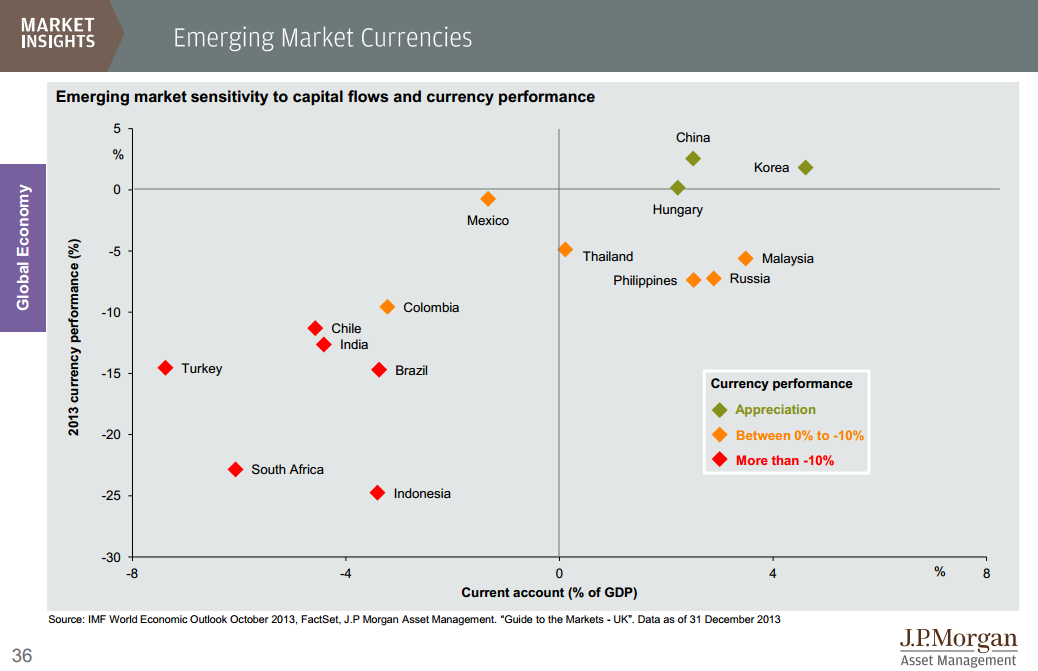