Chinese stocks turned southwards again at the close of January as the nation’s securities regulator announced a review of rules surrounding margin trading. While there are potentially a number of reasons for this, not least of all 2014’s stock market gains, the Securities Regulatory Commission has cautioned against “over-interpreting” the move.

Nevertheless, the announcement had enough of an impact upon investors that markets almost completely shrugged off a 50 basis point cut to the reserve requirement for commercial banks the following week; a move designed to boost liquidity within the financial system as well as lending to the real economy.

With this in mind it appears that Chinese shares are likely to have already reached their peak for the time being. However, we remain relatively upbeat on the prospects for Chinese markets over the near term, while we also see the recent cut to the reserve requirement as further evidence that Chinese policy makers are unlikely to hesitate in providing both monetary and fiscal easing in order to keep the economy on a steady path.

The main event for the week ahead will be the release of inflation figures for January on Tuesday morning. If official projections are to be believed then the inflation rate is likely to have fallen from 1.5% in December, down to just 1.1% in January, which would underline to us the validity of our expectation for further easing from the PBOC during the months ahead. 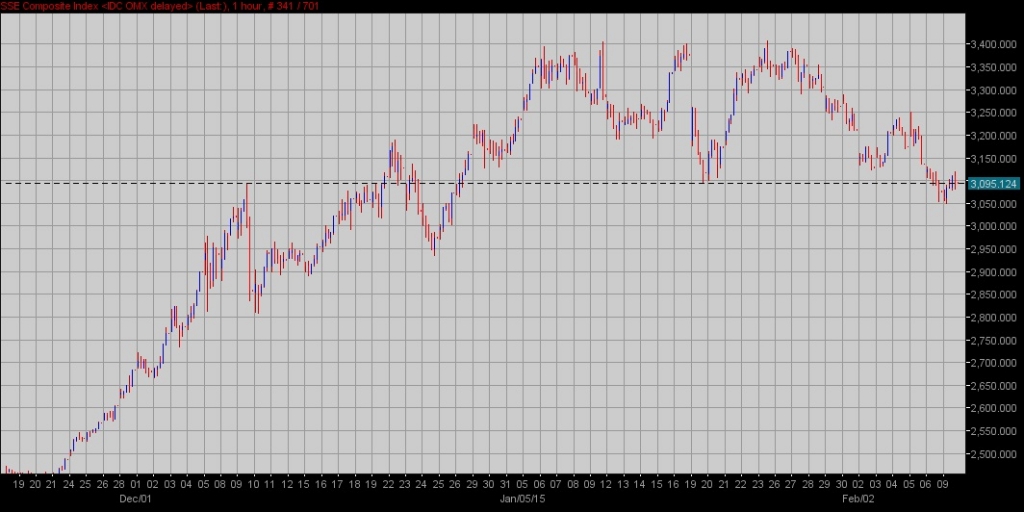